For the foreseeable future . . .

Follow us at twitter.com/OccuLibrary.  Many thanks to Jeremy Massey, who'll be tweet-J-ing, among other contributions. 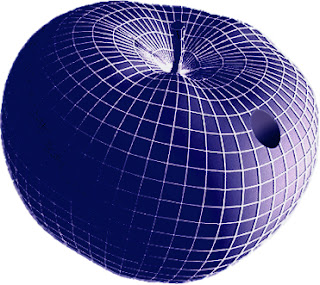 I sent just off some info re- the next OccuLibrary incarnations for the Dallas-Fort Worth-wide MAP 2013 exhibition, so I'll share them with you here.

Those incarnations will include: 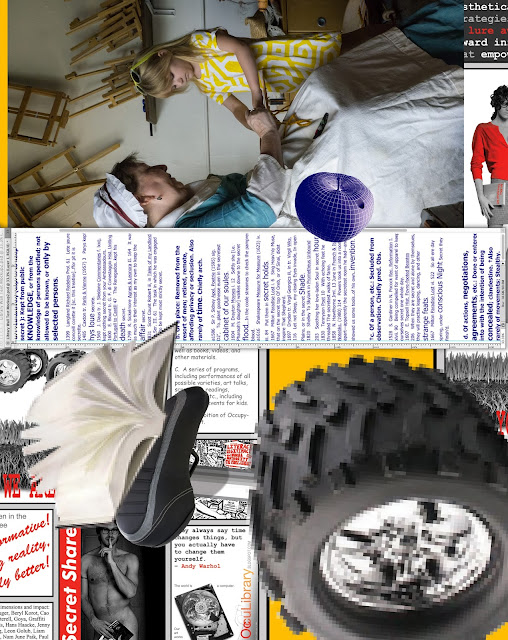 All events are free and open to the public.

Exhibitions and events will run Oct. 1 - Nov. 24, except that the Art as Social Wormhole reading group will continue for the equivalent of one semester's readings.

See MAP 2013 for more info about other projects included in the exhibition.

For more info about the OccuLibrary's projects (volunteers welcome!), please contact us via a comment (we won't publish comments containing your e-mail or other personal info).
Posted by c. at 8:58 AM 0 comments

Yankee Doodles at Oil and Cotton 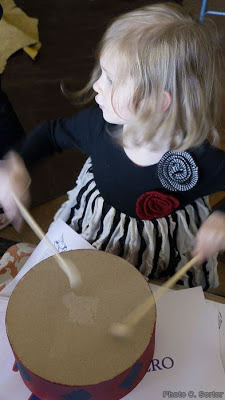 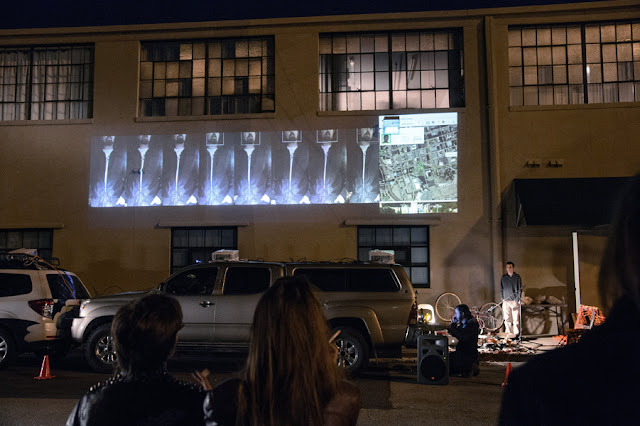 If you like the OccuLibrary's mission, we invite you to contact us, or to re-create any of the incarnations we've come up with, or to invent your own.  You are welcome to use the materials we've developed:


A two-page information sheet about the project.

The script with quotations from great artists and thinkers that we invited people to read for the camera in the GlamROccuLibrarymentary Trailer Shoot.

Print-ready PDF's of the poster-sized sandwich boards worn by one of the OccuLibrarians.

The mini-zine we distributed (we're currently tweaking this but will add a link soon).

Some of the songs and other info gathered for the Yankee Doodles kids' program (I've requested these from the organizers and will add the link when I get them).

If you do create an incarnation, please tell us about it!
Posted by c. at 6:00 PM 0 comments 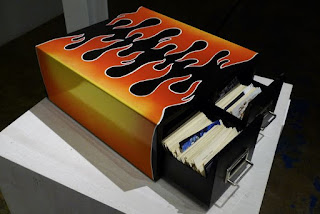 If you missed the exhibition at CentralTrak, you can see photos of the show (with info about the works shown) here. More on the Co- Re-Creating Spaces tumblr blog. 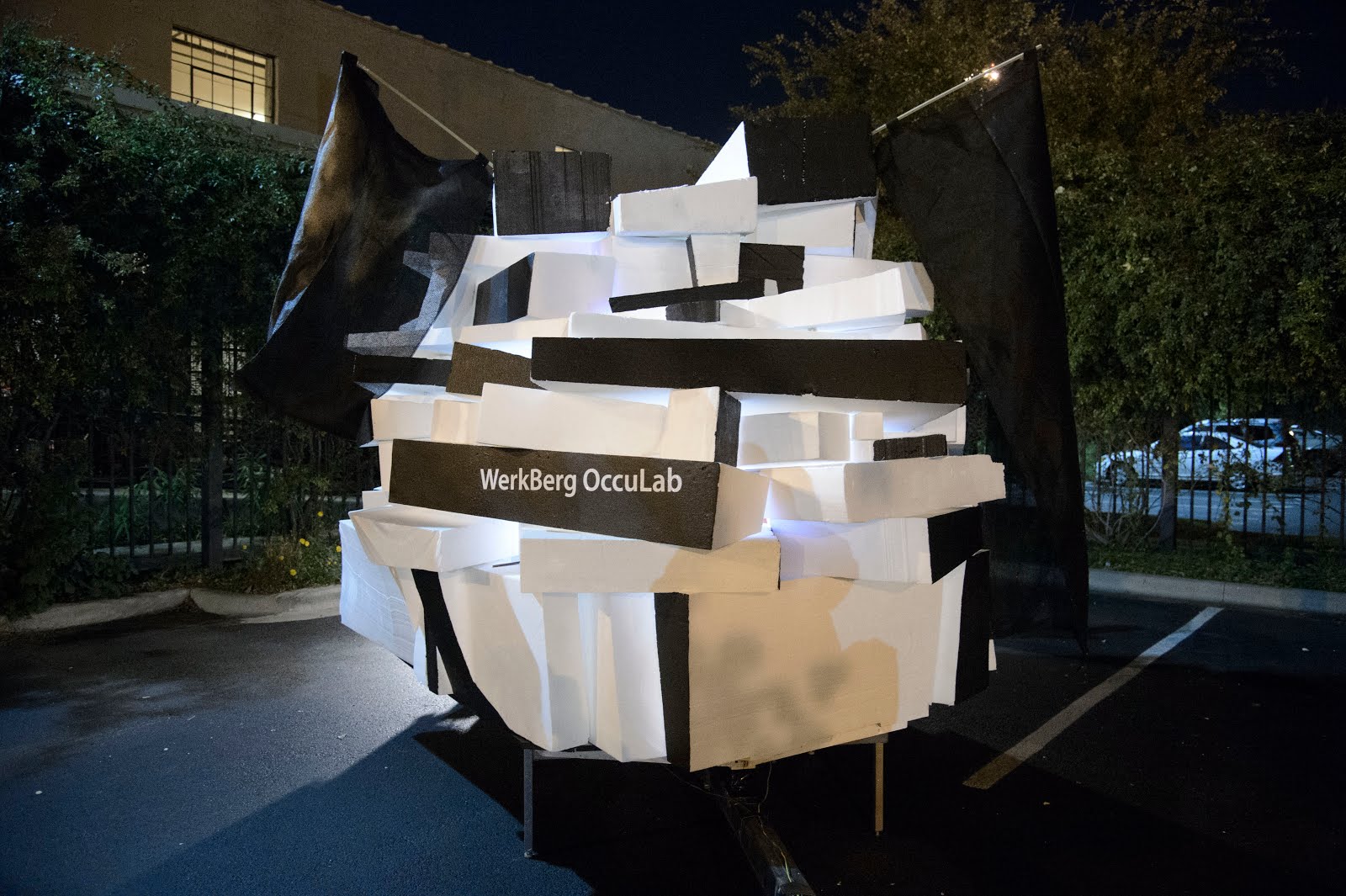 The unit, titled Werkberg, was created by sculptors Cassandra Emswiler, Kristen Cochran, and Greg Metz, and is part of the Co- Re-Creating Spaces exhibition at CentralTrak, 800 Exposition Ave., Dallas, that opened on Nov. 17, 2012, the first anniversary of the nationwide Occupy demonstrations that authorities presumably hoped to avert by evicting all the camps within the preceding 24 hrs.

The Werkberg houses a selection of enjoyable yet empowering books and videos donated by various collaborators, as well as projected views of artists' work spaces (the unit was partially inspired by Gregory Sholette's Dark Matter).

The show includes a related work, 451 degrees, by Karen Weiner with Celia & Frank Eberle, which functions as a card catalogue for the library (I'll try to get a pic of that and post it here soon).

The exhibition "surveys how artists are questioning and subverting existing systems, contexts, or spaces – the law, the economy, history, the news, language, etc. – and contributing to their re-imagining and re-creation, recognizing that 'reality' itself can be both art medium and art object, and speculates how developments in the virtual and the actual might affect one another."

See the exhibition through January 5, Sats. noon - 5pm or by appointment (subject to changes over the holidays); more details at Co- Re-Creating Spaces.
Posted by c. at 5:10 PM 0 comments 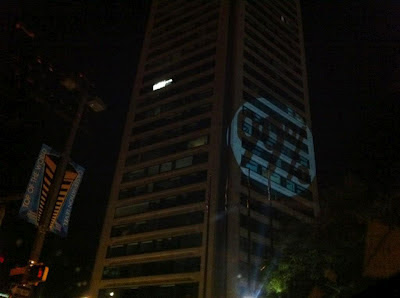 A friend in Baltimore shot this photo this evening.

For an intro to the project, see here.

The OccuLibrary doesn't use any cookies or collect any personal info, but Google owns the Blogger platform, and they tell us we're required to notify you as follows: "This site uses cookies from Google to deliver its services and analyze traffic. Your IP address and user-agent are shared with Google along with performance and security metrics to ensure quality of service, generate usage statistics, and to detect and address abuse." 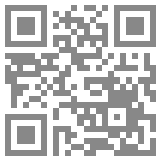 Powerlessness is what happens when you sit behind your desk and do nothing. Powerlessness is signing an online petition, or commenting on an article, or forwarding an e-mail. . . . I can honestly say that the moments in my professional life when I feel the least powerless occur when I’m doing OWS library work. – Zachary, OWS-NY librarianThe OccuLibrary is a project originated by cultural workers and supporters in Dallas, Texas; here's a brief overview; more info here. Help us co- re-create reality-only-better!